Purpose of the Award: To honour a living or recently deceased researcher for his/her significant contributions to crustacean biology.

Eligibility: All persons are eligible regardless of research specialty or nationality. The honour will be given to those scholars who have contributed a substantial body of research to the study of Crustacea.

The Award: A plaque is presented, at the annual meetings of the Society if possible. The plaque bears, in addition to the recipient's name, the following: AWARD FOR RESEARCH EXCELLENCE, THE CRUSTACEAN SOCIETY.

Frequency: Awarded at infrequent intervals. There are no restrictions on the frequency of this award; i.e., the award might not be given in a particular year, or several such awards may be given in one year. An attempt is made to present the award at the annual meeting, although this often is not possible.

Each January, the President Elect collects all nominations received during the previous calendar year and provides them to the TCSERA Awards Committee. The President Elect asks the Committee members for their comments concerning the nominations during February or March. Evaluation criteria for the award include, but are not restricted to: productivity, quality, creativity, generation of concepts, and overall influence on a field of study. Where appropriate, contributions to research education of crustacean biologists may also be considered.

The recipient of the TCSERA award will be invited to submit a manuscript to be published in Journal of Crustacean Biology as an “Invited review by the 202x TCSERA-award winner.” The manuscript’s subject will be on any field of crustacean research to be chosen by the recipient. Submission of the manuscript should be within one year after the announcement of the award. Moreover, the nominator of the TCSERA-award recipient will be invited to submit a short article on the awardee to be published in The Ecdysiast. The award will also be highlighted in JCB’s “News from TCS,” which is published online four times a year.

The president notifies the editors of JCB and The Ecdysiast for publication announcement of the award(s).

Soon after it’s founding, The Crustacean Society established its Excellence in Research Award.  This is intended to honor outstanding contributions towards the furthering of carcinology as a science. The year, the honoree, and the reason for the award being bestowed are provided here along with a reference to a printed version.

1987, Dorothy E. Bliss, American Museum of Natural History, New York, for her contributions to knowledge of the biology and physiology of decapods, especially land crabs [JCB 8(4): 706-709].

1989, Talbot H. Waterman, Yale University, New Haven, for his contributions to the knowledge of physiology and vision of crustaceans [JCB 10(2): 372].

1990, Donald Anderson, University of Sydney, for his contributions to cirripede biology, and understanding of early arthropod ontogeny. [JCB 10(4): 754-755].

1993, Dorothy M. Skinner, Oak Ridge National Laboratories, Tennessee, for her contributions to molecular approaches to problems of growth, development, regeneration in crustaceans, and for mentoring new trainees in the field. [JCB 14(4): 803-804].

1993, Lipke B. Holthuis, Rijksmuseum van Natuurlijke Historie, Leiden, for his contributions to the taxonomy and nomenclature of crustaceans, especially decapods and stomatopods. [JCB 14(4): 805-806].

1995, William A. Newman, Scripps Institution of Oceanography, San Diego, for his contributions to knowledge of cirripedes and crustacean biogeography [JCB 16(4): 814-816].

1998, Geoffrey A. Boxshall, Natural History Museum, London, for his activities in the forefront of research on Copepoda and other crustacean groups such as Tantulocarida and Branchiura. [JCB 19(2): 432-433]

1999, Raymond B. Manning, National Museum of Natural History, Smithsonian Institution, for his contributions furthering the science of carcinology as well as the systematics of stomatopods and decapods. [JCB 20(suppl. 2): ii-xi].

2000, Milton F. Fingerman, Dept. of Ecology and Evolutionary Biology, Tulane University, New Orleans, for his research in the field of crustacean endocrinology [Ecdysiast 19(1): 3-4].

2005, Frederick R. Schram, University of Amsterdam, for his diverse publications on almost all groups of crustaceans, his books, his promotion of the uses of cladistic methods in crustacean phylogeny, and his role as a mentor [JCB 26(1): 99-101].

2007, Jacques Forest, Muséum National d'Histoire Naturelle, Paris, for his efforts in documenting the biodiversity of decapods and his editorial efforts producing the Traité de Zoologie for Crustacea [JCB 28(2): 424-430].

2007, Liu Rui-Yu., Institute of Oceanology, Qingdao, People’s Republic of China, for his contributions towards documenting the biodiversity of the crustaceans of China, advancing conservation of aquaculture of crustaceans, and foundation of the Crustacean Society of China [JCB 28(3): 584-585].

2008, Danièle Guinot, Muséum National d'Histoire Naturelle, Paris, for her efforts at promoting revolutionary insights into the taxonomy and evolution of Brachyura [JCB 28(4): 746-752].

2009, Darryl L. Felder, University of Louisiana at Lafayette, for his mentoring of graduate students and post-docs, his fostering of institutions in Louisiana furthering the study of crustaceans, and his contributions to decapod systematics and ecology.  [JCB 30(2): 340-343].

2010, Gary C. B. Poore, Museum Victoria, Melbourne, for his work on anthuridean and valiferan isopods, and diverse decapods, for the exploration and documentation of the Australian marine fauna, and for facilitating the study and documentation of crustacean biodiversity on a world platform [JCB 31(1): 217-220].

2011, Gerhard Scholtz, Humboldt University, Berlin, for his contributions to the field of crustacean evolutionary biology, especially in the elucidation of developmental patterns and phylogenetic pathways within this diverse taxon.  [JCB 32(2): 341-344].

2012, Raymond T. Bauer, University of Louisiana – Lafayette, for his research on, and cooperative efforts to advance the study of, the caridean shrimp and the sexual biology of crustaceans; and in recognition of his talents as a gifted teacher. [JCB 33(4): 598-601]

2015, Amir Sagi, Professor in the Department of Life Sciences and the National Institute for Biotechnology in the Negev, Ben-Gurion University of the Negev, Beer Sheva, Israel. Amir contributes on the applied side in crustacean aquaculture, and on the research side he has contributed significantly to advances in the production of aquatic crustaceans as a protein source. He also was one of the first carcinologists to demonstrate the functional significance of crustacean intersexuality based on genetics and glandular function.  [JCB 36(6): 865-866] 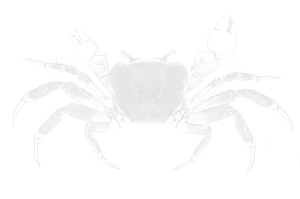